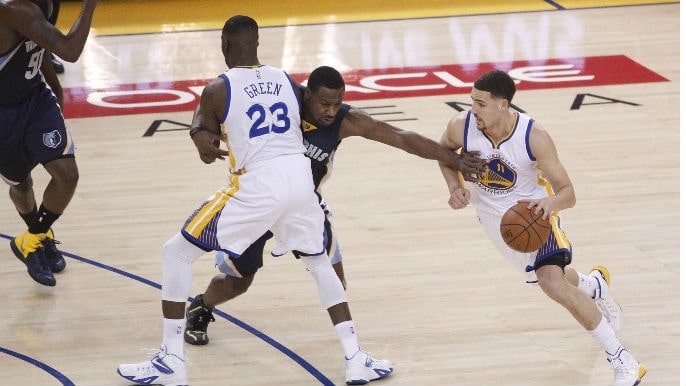 In Basketball, the screen is a block movement made by an offensive player to create space for teammates or to make an advance on the play. The screen can be off-ball or on the ball. The screen move is also known as a pick. Setting a good screen or pick are complex skills. You need to be able to read the opponent’s and teammate’s direction.  To set the screen in basketball, there are three basic steps.

Read to set the screen

To set the screen in basketball, first of all, act as if you are running in the opposite direction whom you want to set off a screen. then quickly change the direction in order to fake your defender and run towards your teammate’s defender to set a screen.

After running towards your teammate, quickly position your body apart by bending knees, widening legs and strengthen your chest at the same time quickly. Protect your body either by fist lower over the lower stomach or with arms cross with your hand on your shoulders order to protect your chest. A good screen can be set up by reading the teammates’ opponent.  Your feet should be framing opponent defender while screening. In other words, they should be set wider near the opponent and perpendicular to them to set the screen in basketball. Be careful, if you move your leg once you’ve set a screen than you will be given foul for an illegal screen

Use Screen (for ball handler)

After you’ve made sure that that your teammate is in place, leave the opponent defending you directly into the screen so that they will be blocked by your teammate. Your shoulder should touch or nearly touch a teammate to be sure that your opponents cannot pass in between you. If the screen is effective, the player may have several options on how to make a play by adapting yourself to the defense’s motion. If a player faces good defense, screens are more useful to make more offensive options.

So this is how to set an effective screen in basketball.

What Is On ball/Off-ball Screen In Basketball?

There are two types of screens used in the basketball game.

An off-ball screen is made without a ball or is not used for the ball handler. This type of screen is used to free the player from the defender for getting the pass. There are four types of ball screens that are used in most of the basketball games and they are Lock and Trail, Through, Under, Switch.

When using On the ball screen, the teammate screens the defender to create space for the ball handler either to shoot or pass the ball. The on-ball screen is used mostly in Pick and Role Plays.

What Is An Illegal Screen in Basketball?

What is triple-double in Basketball Game?

How Long Is Halftime In Basketball?